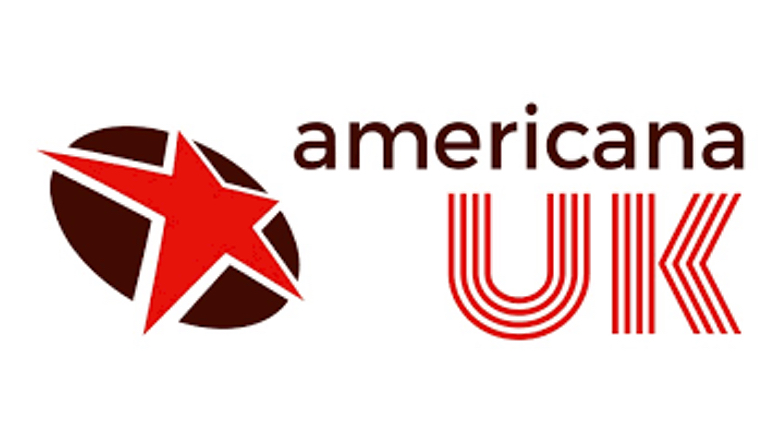 Mark Olson is a pathfinder, one of the true leaders of a movement, a genuine seminal artist, a musician and performer who changed music, who helped it cut a new path. The founder of The Jayhawks, one of the pioneering bands that took punk rock and smashed it into country music, creating Alt-Country or what we now call Americana.  He’s a cool guy who now writes and plays with his wife Ingunn Ringvold, and his new album, ‘Spokeswoman of the Bright Sun’, is almost upon us.

You’ve a new album on the way, on Glitterhouse – when is it out?
August 25 in North and South America – Australia/NZ also September 1st in Europe. This is a nice bonus for us in that we have two release days near each other. We are going immediately to Australia and New Zealand for nearly a month of shows in September. We finish that part of the album touring with an Appearance at the Dashville Skyline Festival in Newcastle.

Is music still central to your every day?
“Spokeswoman of the Bright Sun” is our second album based out of the cabin in Joshua Tree. The music business has changed and it favors people like us now who live in the country and work on developing new soundscapes and colour patterns of harmonic beauty. This is the first and highest step in a ladder that goes up and up and up and you have to keep climbing everyday if you want to get that gig in Cardiff on a Friday night! I am sure your readers being musicians know well all the steps I am talking about! Artwork/mixdown etc… It’s fun and we are involved in our way of life everyday.

Has writing become easier?
I write mostly outdoors and I tend to start away from the guitar working on themes and word play and melodies. Then in the afternoon say I spend time with the piano, dulcimer and a couple of tunings I like on guitar. So I get a few things going at once and then I try to work them together on tape. Also I go for walks and get into a meditative state and visualize the new song. I am into themes that come directly from life experiences and offer up some insight into the unspoken world that surrounds us. Ingunn is a part of every song now because when I have a bridge to cross I ask her which way to go! I ask her to help with road blocks and I trust her very much.

You work now as a duo with Ingunn – is she a good foil?
Ingunn has been involved with performing music her entire life. During the time we have been involved with the development of this group she learned to play the Armenian Qanon and on both of our albums this instrument has made a writing, performance and sonic impression. Ingunn’s voice is one of natural beauty. It is a joy and a very much a treasure to sing natural close harmonies with your married spouse.

She tells you when you’ve hit gold (or not)?
I would say so – this applies to writing, recording, mixing and live song selection. What songs to continue writing? What songs to record? We go through these decisions in a way together that is very calm. Music is like a bicycle that works very well, if something is wrong with the steering get off and fix it. That is our point of view. Sometimes I have a very strong idea I just drive to the park alone.

Does her Scandinavian viewpoint help you/you both look at the world slightly differently?
No, I think we look at the world very much the same. My Grandparents on one side came from Norway and were Dairy Farmers. My other side were Irish descent Schoolteachers. The way those families looked at the world and the familial communication did not change that much over there in  America over the course of a few generations.

You’re viewed as a musical pioneer, and your work is often sited as seminal. How do you deal with that?
I write notes on paper and stick them to the walls with tape. Then I try to x out the box as I make my way down the road towards a goal. This is the key to being a pioneer! Once I carried a canoe up the east side of the Sierra Mountains and fished in an alpine lake up there. I like doing stuff that is of the pioneer nature. I took Ingunn for a holiday to Nebraska! Yes that was our Holiday. We went to Valentine Nebraska and I rented a canoe and I took her down a river. It was so beautiful, a spring fed river. The Niobrara River. We were the only ones there. We took some pictures by a waterfall.

There is a weight of expectation that comes with each new release from fans – do you feel that pressure?
No, I think anyone that has followed me knows that I am going to put forward themes about life and love and hope. That I am probably walking around somewhere working out the melodies in my mind or planning an acoustic jam session in the Bristlecone pine forest. I hope that I see my fans again. I hope that they are looking for me!

I find it interesting you’ve released a single. Is that old fashioned?
The sound I was going for was 1967 car radio. I do all the recording and we had a mixing engineer who worked in association with some 60s Western Recorders sessions do the mixing so we were having a great time! The electric guitar and drums are not as loud in the mix in these 60s singles ( generally) and I prefer it that way. I like electric guitar with a bit of sonic echo wash and always I am trying to do songs with just percussion replacing the drumkit. The 1st single Dear Elisabeth features a great drumkit by Danny Frankel and Lewis Keller is on bass.

Has the digital age made you think about your output differently?
Maybe – the digital age is a library available 24 7 so that is really cool. I listened a lot to Richie Havens Mixed Bag online for recording quality of vocals and instruments when I did this record. I also listened to Lal Waterson for direct delivery in vocals and strong emotional lyrical approach. I probably would have had to drive 300 miles round trip to find those albums. I could have bought them mail order possibly? So a maybe on the digital age. No digital effect whatsoever on lyrics or melody.

The single is reflective of the album?
Yes the album is a very focused nugget! Ingunn, myself, Danny Frankel and Lewis Keller are the complete band. I recorded the tracks and John Schreiner mixed and mastered. Ingunn and I do all the writing and arranging and basically really live together with material and recordings! This leads to complete and total enjoyment. I am so happy with the people I worked with on this album. Thank you! And this album is one for the ages. It is completely my best album.

Ingunn told me 6-8 months ago that this is your best work – do you agree?
This album is beyond. The recording and writing was like the canoe trip down the Niobrara – everything was spring fed and the day was new.

From the tracks on the single it seems very influenced by your environment at home.
Yes we like it here, I think Ingunn and I could be happy really in a lot of places. You just kind of adjust to life’s circumstances and do the best where you are. We like both Armenia and South Africa and would like to go back there to visit.

Is where you live a good place to be creative?
I think you can be a writer wherever you are as long as you can sort out your time with your job and bills etc. I like to work at home but also I like to work on the move. It has to do with something altogether mysterious, like writing is the opposite of the music business side of things. Wherever you find the agents, managers, lawyers etc. go as far as possible away from them and start writing. Sometimes Patagonia is a good destination. Take the Penguin express if the business folks get you down. Cool off by a lake and hike by the moon. If you can’t afford it go to a city swimming pool. Go ahead jump in a lake! Mirror what they are saying to you. Be calm and think about the forest.

You’re touring the record as a duo?
Yes we tour as a duo but we bring the Djembe, Qanon, Electric Guitar and Dulcimer sometimes Keys. We’ll be in the UK in 2018