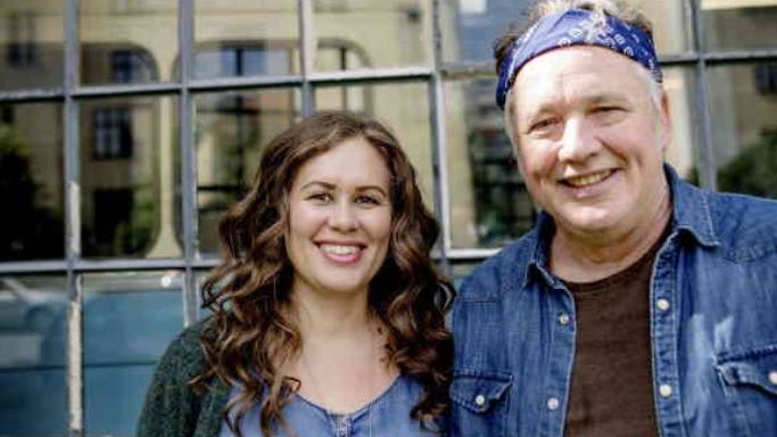 “Spokeswoman of the Bright Sun”, released September 1st, is made on the porch and in the cabin Olson and Ringvold lives in. “We used a portable Nagra field recorder and we built the songs then same way the early Beatles did. We recorded keys and guitar first, then vocals, then percussion and bass,” Olson says.

The music has moved away from americana, in the direction of 60s-70s- folk-pop. There’s more percussion, less drums. And a bass player has a central role, along side Ringvolds use of a mellotron. “The record has the feel of being recorded in the desert during the summer. It was super warm, but we had to turn of the air-condition because of the noise. The 40 degrees created almost a delirious atmosphere, we had to take breaks and shower to cool down,” Olson says.

Link to article in Dagbladet