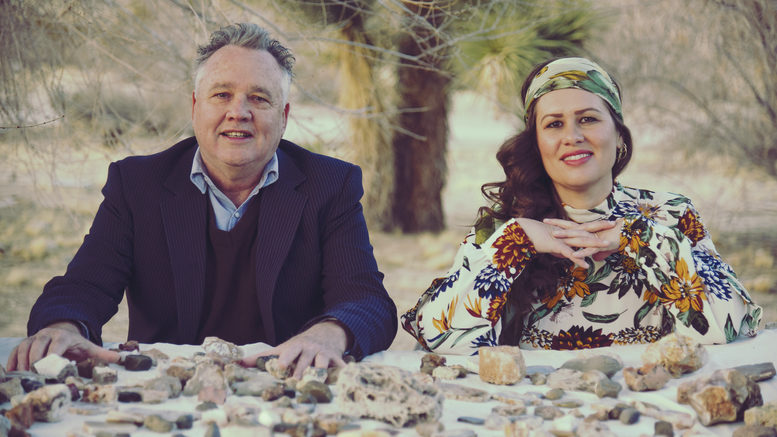 While the official start of spring is still just over a week away, former Jayhawks founder, Mark Olson and his wife Ingunn Ringvold, arrive with a new single and accompanying album announcement that’s all too fitting for the quickly approaching season.

Premiering today on American Songwriter, “April in Your Cloud Garden” is the title of the first song from new LP, Magdalen Accepts the Invitation. Though the latter isn’t getting released by Fiesta Red Records until June 5, 2020, the former is here with just the kind of sunny and melodically light disposition listeners could use to get through this last stretch of winter doldrums.

Beginning with the song’s title, it’s difficult not to get swept up in a momentary reverie when hearing the phrase for the first time. The selection of such image and sensory driven words sets up the music before a single note has even been played and the title doesn’t mislead.

“I think overwhelming stuff can put a person in a cloud garden, where you escape the reality and start to live in your imagination, and watering and tending a place that seems better. This is important and it can work, but then someday you have to come down from the cloud, I guess. Hopefully it’s not to a desert full of expensive watering programs.” says Olson.This idea of a picturesque oasis conjured inside someone’s mind comes through seamlessly in the timbres that shape “April in Your Cloud Garden’s” sonic character. Olson and Ringvold both being known and appreciated for their roots music leanings, do a good job of blending the encompassing personality of that overarching genre’s qualities with the attributes of more focused sub-genres like light folk and chamber or jangle pop. Nowhere does the calling card for those styles shine through more brightly than Olson’s choice for “April in Your Cloud Garden’s” central instrument.

“I wrote the song on a 12-string [guitar] in open A tuning,” Olson says. “Lewis [Keller, played drums and bass] and Ingunn followed the descending break part and helped make the song dance.”

A more niche style of guitar tone made popular during the folk and pop fueled years of the 60s and 70s, the 12 string’s crispness in “April in Your Cloud Garden” makes the single sound like it dropped out of a time machine from those decades. This vintage folk pop aesthetic becomes ever more prominent as the song goes on. Layered harmonies from strings and the very untouched approach to Olson and Ringvold’s spaciously harmonized vocals, really solidify the music’s fit alongside classic bands like The Mamas and the Papas; Peter, Paul, and Mary; and The Byrds. “April in Your Cloud Garden” shows just how well Olson and Ringvold work together to find a sonic space of their own where their music is relatable to a beloved era of artists, without ending up invisible among them.